Christmas time, mistletoe and wine
Children singing Christian rhyme
with logs on the fire and gifts on the tree
it’s time to rejoice in the good that we see.

Christmas time, can of ‘Natch’ like slime
Children whinge and moan all the time.
shite on the telly; fucking hate my Christmas tree
the needles are stuck in my toes constantly.

January’s landed.
And so has my ass. 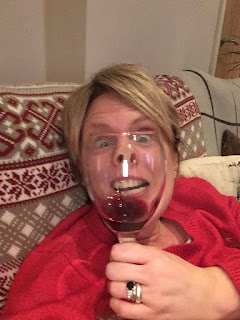 Ahh the sweet Christmas hangover. You’re 6lbs heavier than you were prior to advent, everyone’s angry because they’ve had to trek up or down the M6 to spend time with people they don’t like and you’ve no idea when to stop saying ‘happy new year’ to people. You’re experiencing your annual seethe as you put so much thought into that hand engraved replica of an old Ming Vase for your sister in law Flangela and once again you’ve been thrown a purse from Poundland and yet another set of Lavender hand cream.
Your cupboards are packed full of food but there’s nothing to eat, your kids bedroom floor is still covered in boxed toys that he’ll never put away, you’ve had to hide the chocolate coin maker because, let’s be honest, it’s a load of shit and no matter how hard you scrub, your fridge still smells of cheese!
Yes my friends!! Happy new year!!!!!!

I grew up obsessed with Christmas. My mum always made such an effort to make it special for my brother and I.
I’ve been enjoying a Christmas stocking up to the age of 35 and it’s still as exciting as when I was little.
I used to wake up about 4 am, count all the stocking fillers and calculate how often I could open one to stretch the time out until 6am when we were allowed to get up.
I loved the smell of Christmas turkey whafting up the stairs at 5am (that’s not a typo) and running downstairs to plow headfirst into a pile of multicoloured paper. I really enjoyed sectioning off all the sweets and chocolates into their own box and working out which order I’d eat them in. I always felt cheated by a Twix....its not a chocolate bar...it’s a covert biscuit! That would go first.

I remember in April 2012 when I discovered I was pregnant with my first boy Noah that I’d quickly calculated a December due date and all I could think about was Christmas Carole’s. That lasted the whole way through the 2nd and 3rd trimester and I would well up every time I thought of ‘Christmas time mistletoe and wine’, imagining how amazing  it would be having a baby in my arms while eating Christmas dinner. In truth I spent Christmas 2012 in tears because Noah was 5 days old, I hadn’t slept, my nips were the colour of Rudolph’s nose from all the feeding and felt like they were like ‘logs on the fire’ from the searing pain of latching. Dinner arrived and I cautiously lowered myself down onto my seat to pretend to enjoy the pigs in blankets and even though I’d reversed at a snails pace, just as my bum connected with the wood my lady-stitches all burst open and I was left with the worlds biggest Fanhole (imagine your Fan and bum collide - that’s right). It was a magical day.

After the anticlimax that was Christmas 2012, 2013 was fab.
I discovered on Xmas eve that I was pregnant with Tait. It was Noah’s first proper Christmas too as he could eat by then and was no longer destroying my boobs. The Fanhole had returned to something resembling normal so I could sit down like a normal person and enjoy my Xmas dinner. Lush! 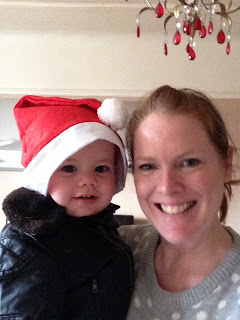 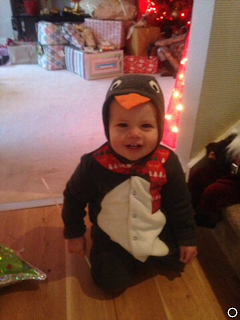 Christmas 2014 was exhausting. Noah wouldn’t sleep in his bed and I had Tait to feed through the night so that one was a bit of a blur.

But nothing would ever prepare me for Christmas 2015.
Nor will another ever be this emotional, traumatic, challenging or inexplicably sad.

When Ally died I asked my mum to go to our house and remove all the cards, balloons and Christmas presents for her and take them to her house. I couldn’t bare the thought of coming home to a house full of all the well wishes knowing now that they’d turned into a symbol of living hell.

I remember the drive back from hospital after we’d said goodbye and we drove into Portishead and the Christmas lights were twinkling away like nothing had happened. I was dumbfounded at how everything was the same as the day I’d left to give birth to her. I couldn’t compute that the world was still turning.

I remember how sick I felt on Christmas morning trying to be so happy and excited for the boys that Santa had come and made their wishes come true and yet inside all I could think was how could I make my wish come true and bring Ally back.

Well that year was the worst year of my life. Believe me when I tell you that Cancer is a piece of piss comparatively to losing your child.

I wondered how I’d manage to keep going but those two little boys were a stark reminder that I wasn’t going anywhere soon and that I had a job I damn well needed to get on with and that was being a mum!
Truth be told, the boys saved my life.

People often ask ‘how do you get over it?’
Well, you don’t. You just learn to live with it running alongside your life. My grief is very much like my cancer. It’s there in some ways and can pop up anywhere at any time. It never goes away but your body and mind learn to manage it. It has to. It’s how we humans survive.

So now I’ve suitably depressed you. I’ll tell you about Christmas 2017.

Well I’ll tell you, the kids were feral!!!!! Feral!! My house was like fight club meets the Thunderdome from the minute the Christmas tree went up. That tall green asshole was like the
starting gun for toddler warfare in our house. Noah shoots Tait in the face with a Spider-Man gun, Tait whacks Noah over the head with The Incredible Hulk so Noah picks the stuffing out of the skull of Tait’s dog, Tait chucks Pirate Pete off the top bunk, Noah tells Tait that Santa will pull his pants down and fart on his head instead of filling is stocking so Tait rips a page out of Noah’s favourite book and chews it. Then they both wee on each other in the bath.

Santa turns up to the house for a visit before Christmas ( this was arranged for the boys by a charity called Towards Tomorrow Together) and they both act like angels for an hour. Then they crash on the sofa to watch ‘Stickman’ as all that acting has worn them out.
In truth December was sheer and utter carnage so over the last few weeks people are asking “nice Christmas?” and I say “yeah it was good. The kids were feral. I blame the Christmas tree. Bye”. 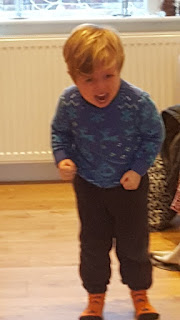 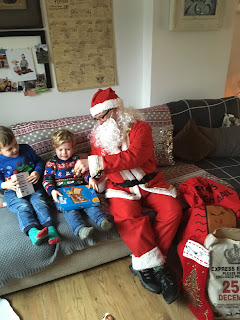 This year though I remembered to have some ‘me time’ and decided to rein-act my youth at the local pub ‘the Plough’ where no ones heard of Malbec and they serve the local battery acid in £2 cans. There’s a DJ ( Nice one Clarkey) and us mums and dads out-danced all the local cool kids by a mile. I stagger home at 3am in the December rain with no shoes or socks on because quite frankly that’s how I roll. 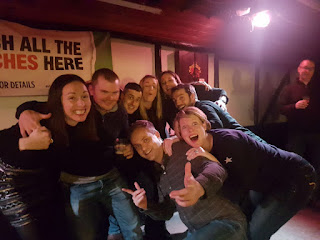 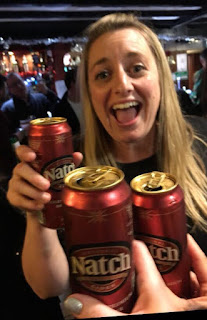 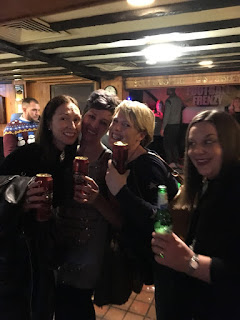 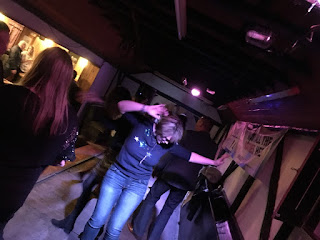 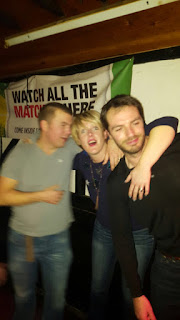 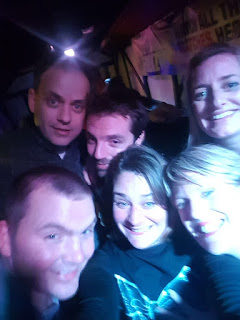 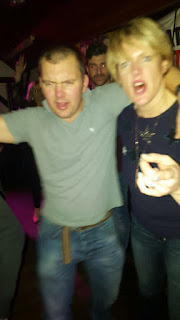 Christmas morning comes and the boys open far too many presents that have been wedged in under and around the Christmas tree. It’s quite frankly ridiculous but no matter how many gifts under that tree it’s so apparent to me that one pile is missing. 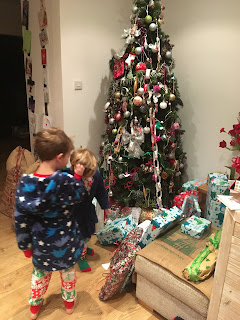 Ally would have been two this Christmas and I know that my little girl would have unwrapped a bright pink Barbie...and then whacked it straight across her brothers heads. 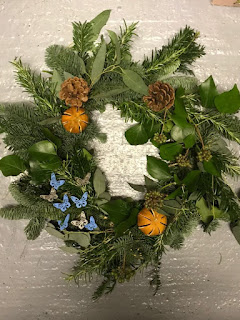